There is a place, a very special place steeped in iron age history, one may even describe it as sacred, in the heart of a remote and pristine landscape of red stone outcrops and meandering river beds set deep within a sprawling bushveld environment. Its rich, natural beauty and endless bio-diversity is just waiting for the visiting naturalist to savour and enjoy… 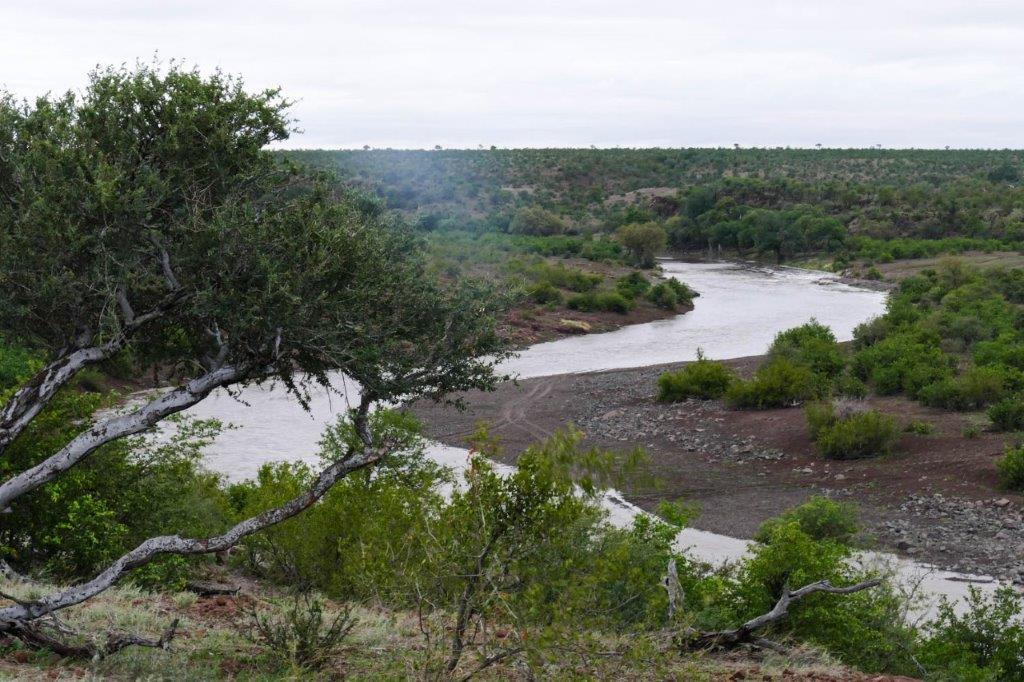 Here, on the edge of a rain-shadow extending to the far north of the towering heights of the Soutpansberg Mountains, the expansive geological terrain gives way to undulating plains and endless azure skies of a baobab-studded environment little affected by the erosive effects of over-population, so evident elsewhere in Africa as the unspoiled wilderness retreats irreversibly in the face of constant change… 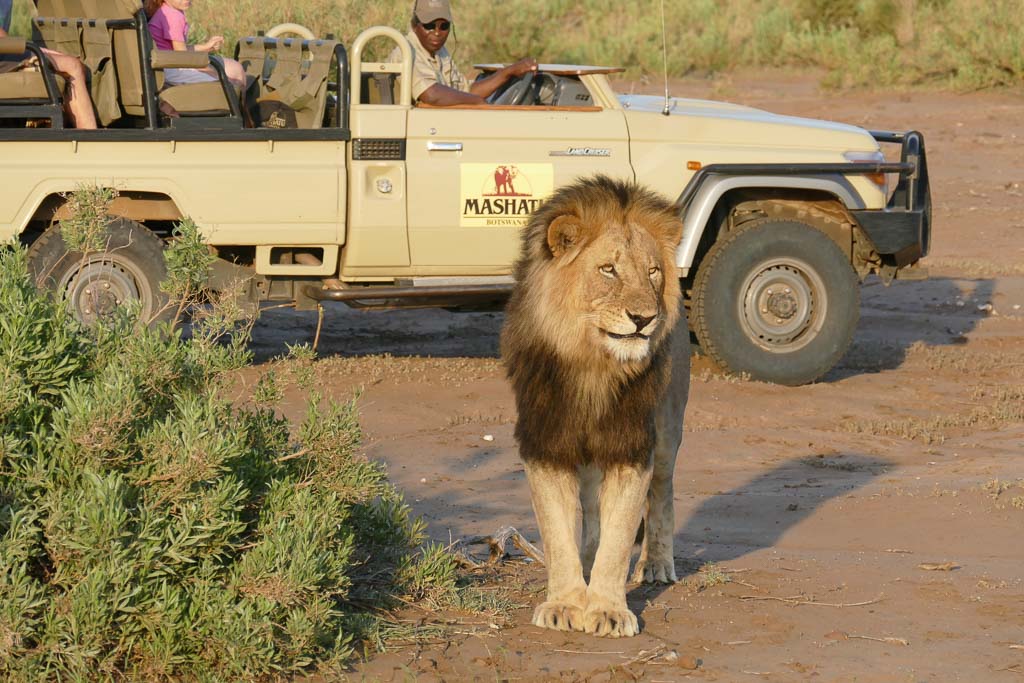 Such a place is the Mashatu Game Reserve, tucked tightly into the eastern corner of Botswana and presided over by a team of dedicated wildlife conservationists and members of the local Tswana tribal community, as part of an international Peace Park initiative between South Africa, Zimbabwe and Botswana. 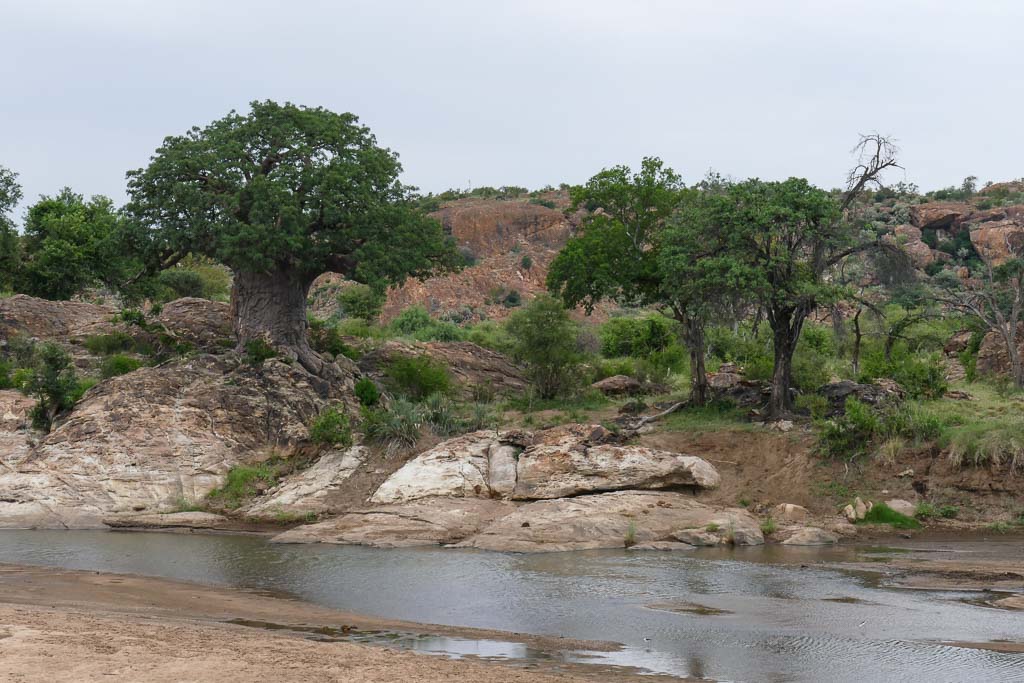 The southern boundary is the mighty Limpopo River of Kipling, hippo and crocodile fame, and in the north, it is the sandy serpentine river bed of the non-perennial Shashi River. To the east it borders the legendary Land of Monomatapa, abundantly rich in alluvial gold, ivory and ancient ruins and remnants of slave trading routes heading east to the Arab trading ports of the Indian Ocean. 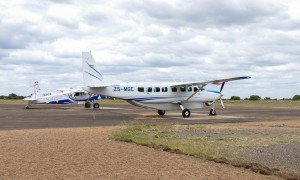 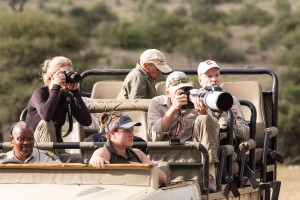 Until recently this remote reserve of 28 000 acres was accessible only by off-road vehicles leading from an isolated cross-border post on the Limpopo River at Pont Drift.  Now a charter flight service operating three times a week out of Lanseria Airport north of Johannesburg makes for far easier access.

Link-up with the ‘wild side’ was immediate on disembarking at the remote bushveld airport, known in aeronautical circles as ‘Limpopo Valley’.  After clearing Botswana immigration and meeting our highly affable Mashatu guide we set off along tracks less travelled through a diverse mix of habitats in an open safari vehicle affording us wrap-around  views of the unfolding landscape. At game viewing speed it takes about an hour to get to either the main air-conditioned or tented bush camp. Far from a straight-forward vehicle transit, the drive itself was rich in wildlife sightings, with the knowledgeable guide stopping regularly to point out mammals and birds in shady groves of apple leaf, yellow-barked fever trees and flat-crowned acacia trees, all dotted about the landscape. 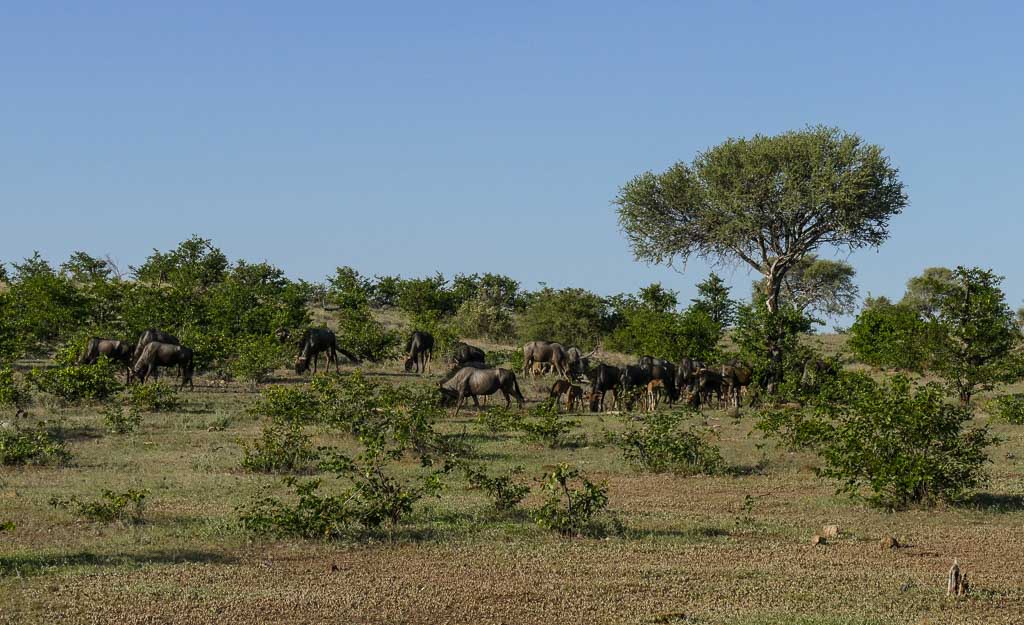 Beyond the wooded drainage-lines the gravel plains fanned out in support of both predator and prey as daily interactions played out in the ‘survival game’ around us on a sky-swept African savanna supporting an amazing variety and number of mammals, of which only rhino and buffalo were absent in the ‘Big Five’ line up … 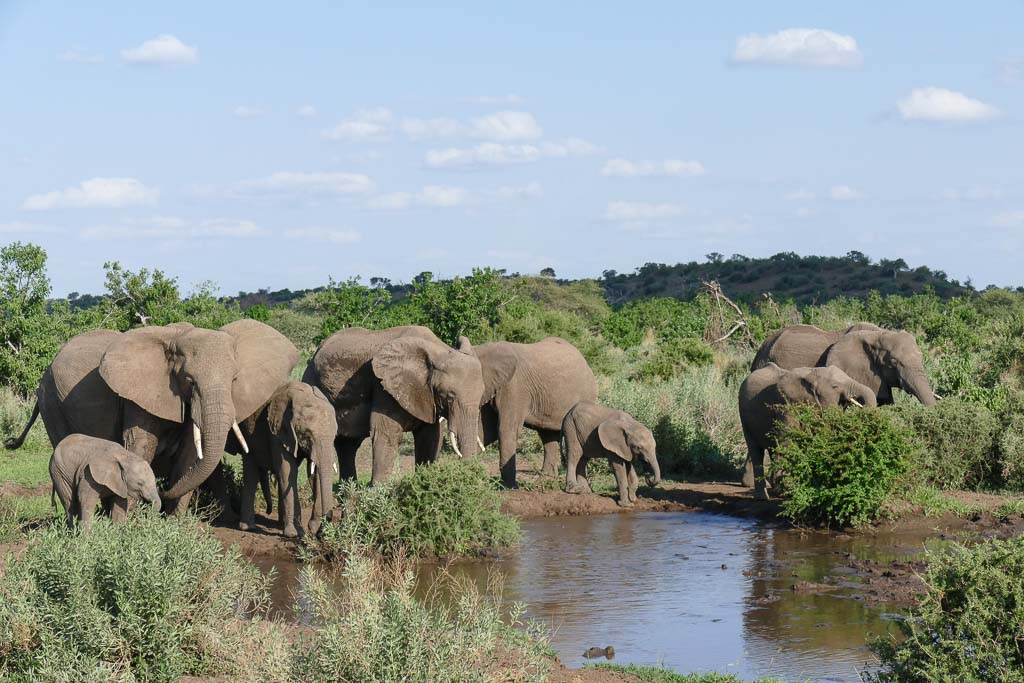 Most sightings we all enjoyed were ‘up close’ interactions between wildlife of all descriptions, from highly approachable elephant herds to accommodating cheetah and exquisite leopard sightings, along with magnificent lion and a host of ungulates parading about, kicking up clouds of dust to add to the sense of joie de vivre that seems to exist within ‘Mashatu’ – so named after the impressive evergreen Nyala trees found in abundance within this alluvial environment.

On arrival at the environmentally designed bush camp we were efficiently and speedily inducted as to camp protocol and introduced to management and staff, followed by an orientation walk around the camp to familiarise ourselves with service facilities on offer, including a WiFi ‘hotspot’ as an unexpected connection to the outside world!

Break of day commenced with a wake-up call, followed by freshly ground coffee and a light snack, before boarding our designated vehicle for the day complete with dedicated driver and tracker, who were assigned to us for the full duration of our stay. As a team they knew the vast extent of the game reserve intimately, and  focused fully on making the most of every game drive in relation to sighting requests made by ourselves across the full spectrum of field interests. To say that we were impressed by their depth of knowledge would have been an understatement as they expanded at length on matters of common interest ! 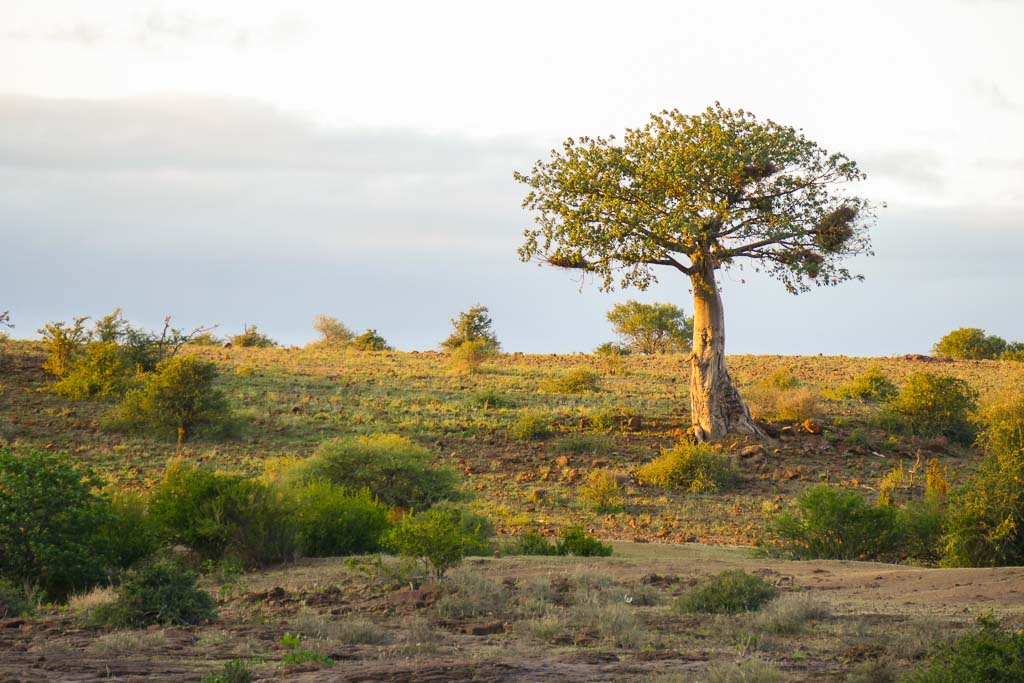 Sunrise with its superb photographic light invariably presents itself as the best time of day for bird photography and we were not to be disappointed. All around us on every game drive birds were on the wing and highly vocal as well. Sightings of Kori Bustard striding out across the plain and the resonant ‘booming’ of Ground Hornbill in the far distance were regular occurrences, while iridescent Meve’s Glossy Starlings and Namaqua Sandgrouse flew past in loose flocks and Lilac-breasted and Purple Rollers performed aerobatic displays before settling on a hunting perch for the day. These were just some of the feathered delights on offer within an impressive list to date of over 400 bird species for the reserve. 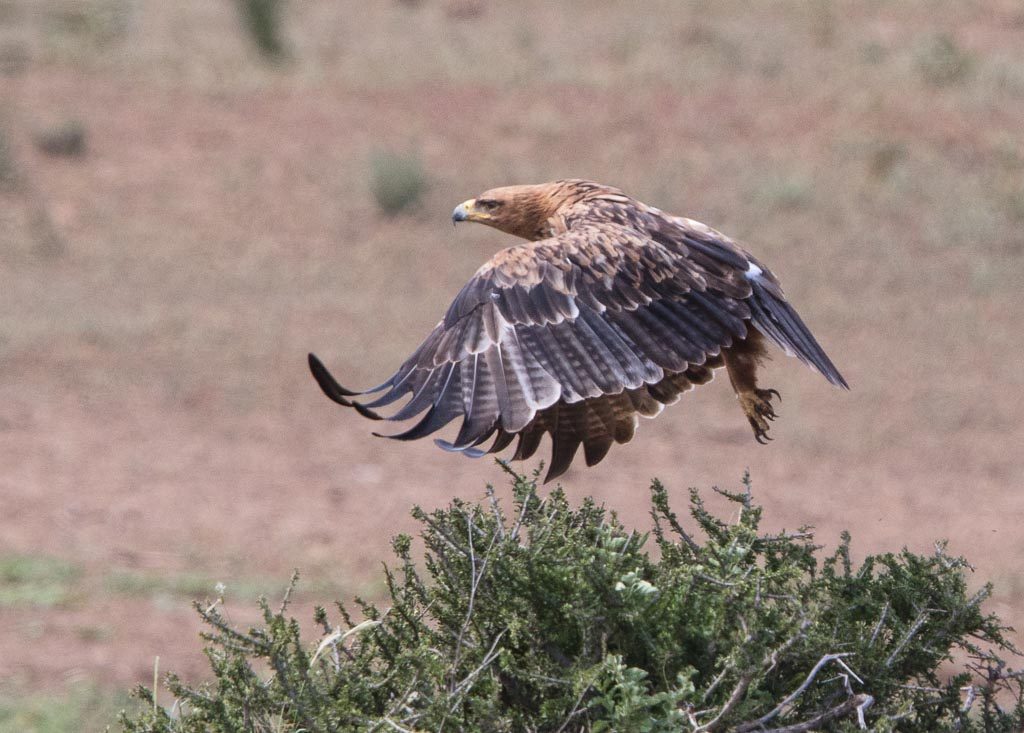 All around the open savanna was alive with activity, with several Black-backed Jackal scavenging about in furtive mode and troops of Chacma Baboon alighting from their overnight roosts to forage in close association with Warthog and Impala on the open plain, as part of an age-old symbiotic relationship and survival strategy based on predator awareness… 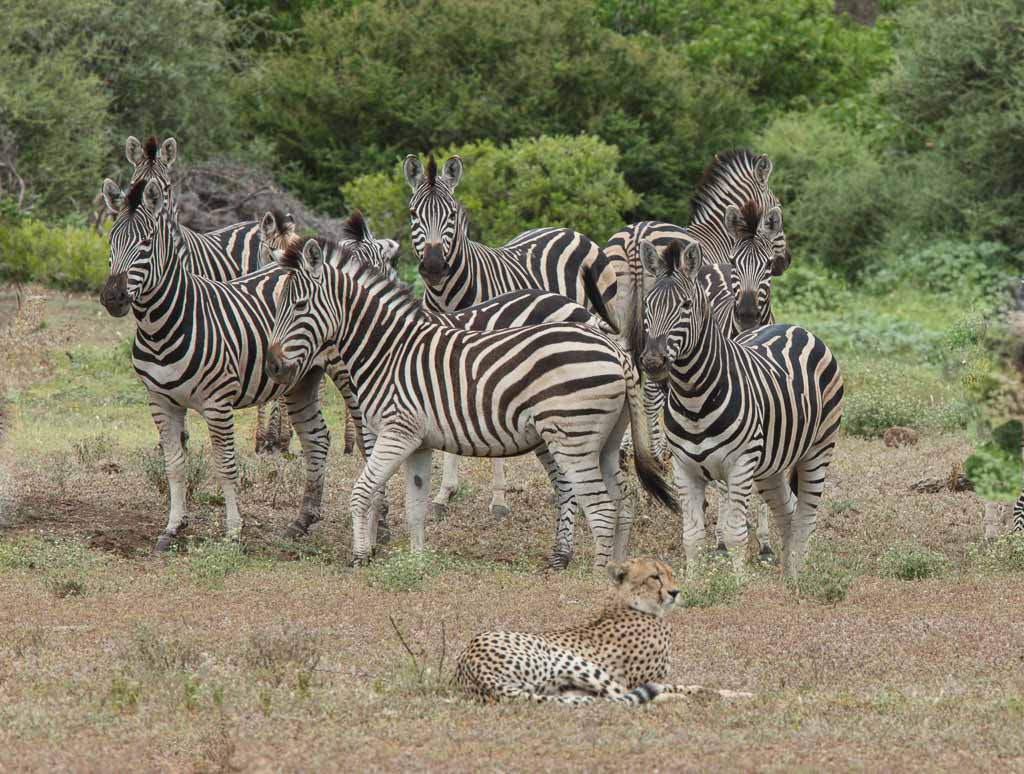 Looking up we spotted a White-backed Vulture circling low over a lone acacia tree on the open plain below which three Cheetah were feeding on an old Impala ram successfully hunted earlier that morning. According to our guide the trio comprised of three now adult  ‘brothers’ hunting in a social alliance following the departure of their mother some weeks earlier in search of her mate.

Seemingly fascinated and drawn in by this bloody spectacle, a Burchell’s Zebra stallion and accompanying mares advanced on the Cheetah trio, only to tear around and gallop off in response to a mock charge by one of the cheetahs. Fascinating stuff repeated over and again for who knows what in the way of equine entertainment or simply mammalian curiosity…

Shortly afterwards, we chanced upon a female Leopard with a precocious cub in a dry river bed, providing endless photographic opportunity as the unquestionable highlight on the morning game drive. Photographic light was excellent, and our guide positioned the vehicle in a non-intrusive manner to make the most of this entertaining bonding occasion… 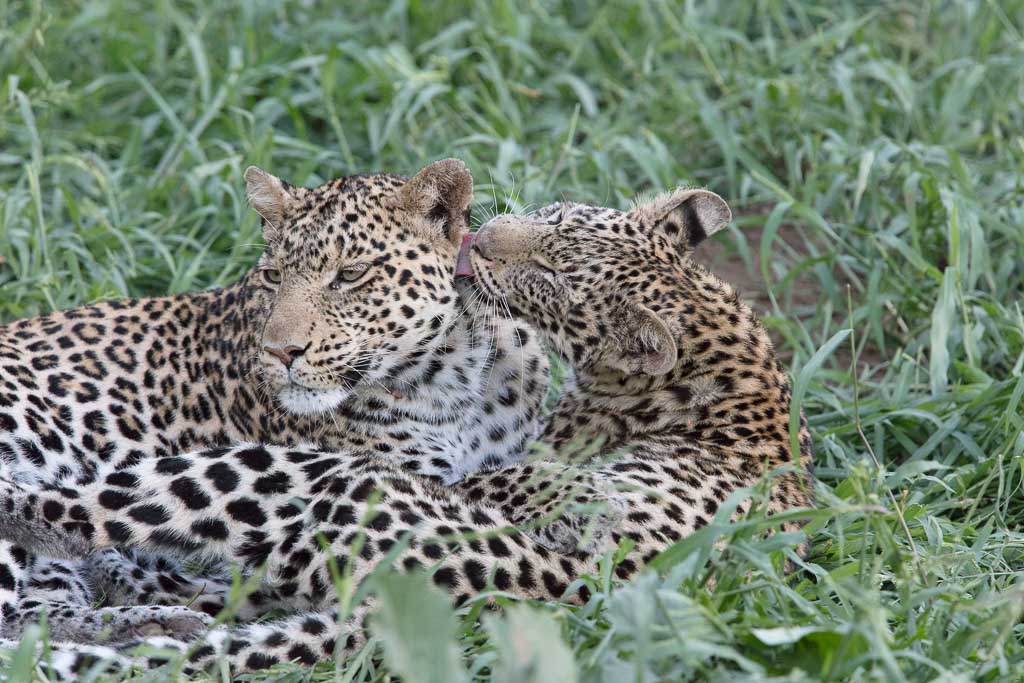 And so the morning unfolded, with sightings all round culminating in our stopping on the crest of a knoll to scan the surrounding plains for herds of elephant, with steaming mugs of coffee and  home-made rusks in hand before wending our way back to camp for a well-earned brunch. 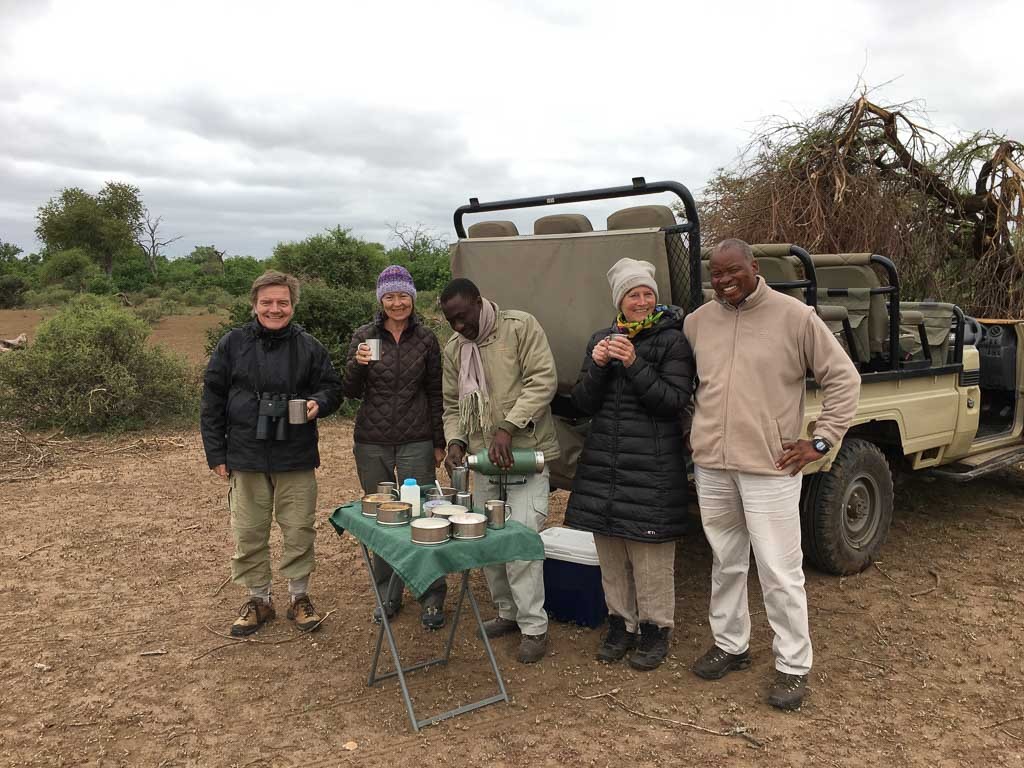 Sumptuous, is perhaps the only word to describe the magnificent breakfast buffet laid out for all to enjoy, amid the banter between guides and clients reminiscing about the highlights and multiple photo opportunities snapped up on the first drive of the day…

Free time followed for a siesta or simply relaxing at the pool or catching up on WiFi communication. For those with a more intense interest in ‘Mashatu’ and its origin dating back in geological and archaeological time, associated with alluvial gold mining near the confluence of the Limpopo and Shashi river, an impressive interpretive centre exists within the bush camp grounds. 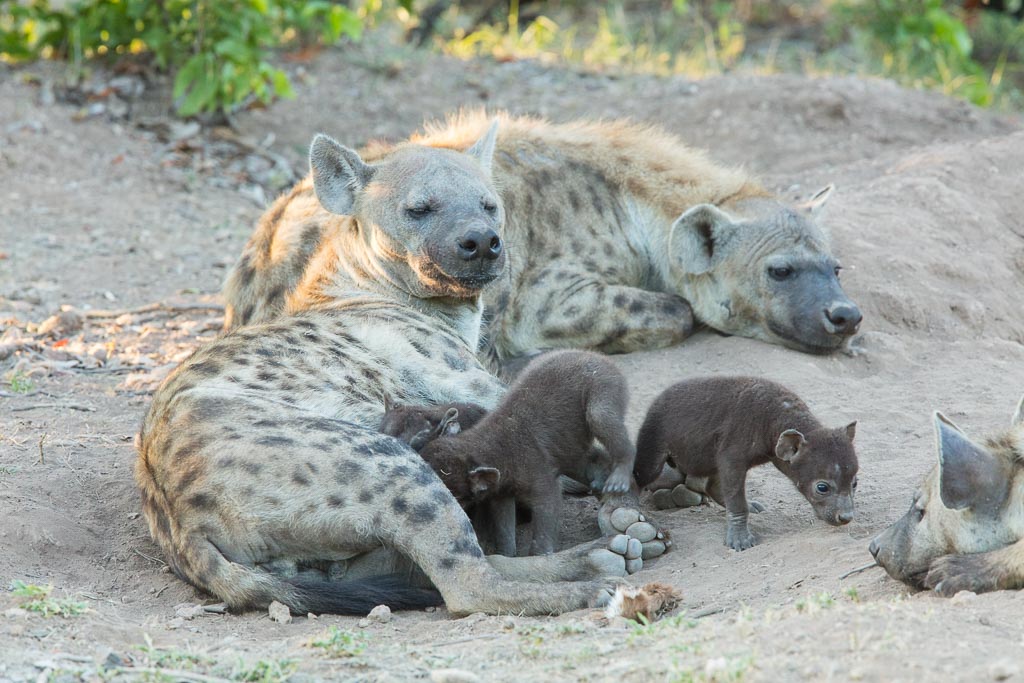 First off we visited a Spotted Hyena den to view adults and cubs at play in the warmth of the afternoon. We had ample time to enjoy the social interaction between members of the clan before heading off to a nearby waterhole to enjoy the antics of a breeding herd of elephant frolicking about in the muddy water with youngsters of all age classes in tow. 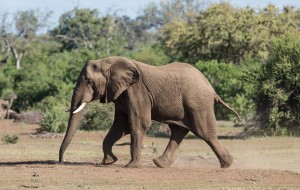 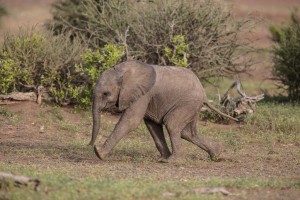 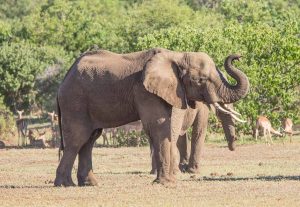 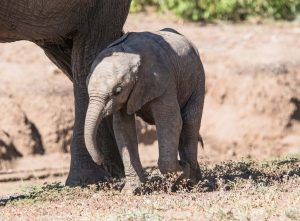 Suddenly, a magnificent bull elephant appeared out of nowhere and proceeded to scoop out a hollow sufficiently large enough for a good wallow and mud bath. All done right next to us without so much as a nod of acknowledgement in our direction. Toiletries attended to, a final flap of the ears and a nonchalant shake of the head, and the bull ambled away back into the bush to disappear once again from view…

‘Awesome’ seems an inadequate description! It was as if the elephant existed in a different visual dimension with great video footage to prove the reality of the amazing experience! 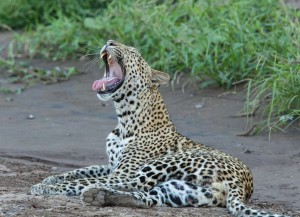 On reflection this is what ‘Mashatu’ is all about. Animals in pristine condition going about their business in a timeworn sequence of survival routines providing authentic scenes of interaction free of jockeying safari vehicles and unwelcome distractions…

And so each afternoon progressed with herds of Eland, Africa’s largest antelope, magnificent spiral-horned Kudu, comical Blue Wildebeest and plump Zebra intermingling socially with one another against a scenic backdrop of elephant and giraffe browsing peacefully in the distance, punctuated by the odd family of warthogs rushing off, tails held high.

As dusk drew in we would settle ourselves atop a prominent hill facing west to take in the ‘sunset moment’ so special in the African wilderness. This with a glass of chosen refreshment in hand to add further pleasure to the memorable occasion.

Wildlife action continued after dark, with Spotted Genet peering down at us, Scrub Hares bounding along the track, a family of Bat-eared Foxes foraging in the open grassland and the good fortune of a Giant Eagle Owl sighting to add ambience to the drive back to camp.

Dinner, in keeping with safari tradition, is a ‘boma’ affair around a lively camp fire supported audibly by the sounds of the bush as nightjars and owls chimed in and highly vocal Spotted Hyenas lurked furtively on the firelight fringe, occasionally  giving vent to attention-seeking whoops and giggles.

And so our long days ended in the Botswana bush with the distant roar of a lion and the quavering contact calls of jackal, as the star-studded sky of constellations and distant galaxies close in, and the last of the oil lamps expired and the camp fell silent for the night…

All this in keeping with a low impact, high return conservation policy to ensure a sense of exclusiveness and privilege for those fortunate enough to visit this very special part of what still remains of wild Africa in the authentic sense of the word… All in all a wonderful medley of wildlife and cultural experiences in the Tswana tradition. 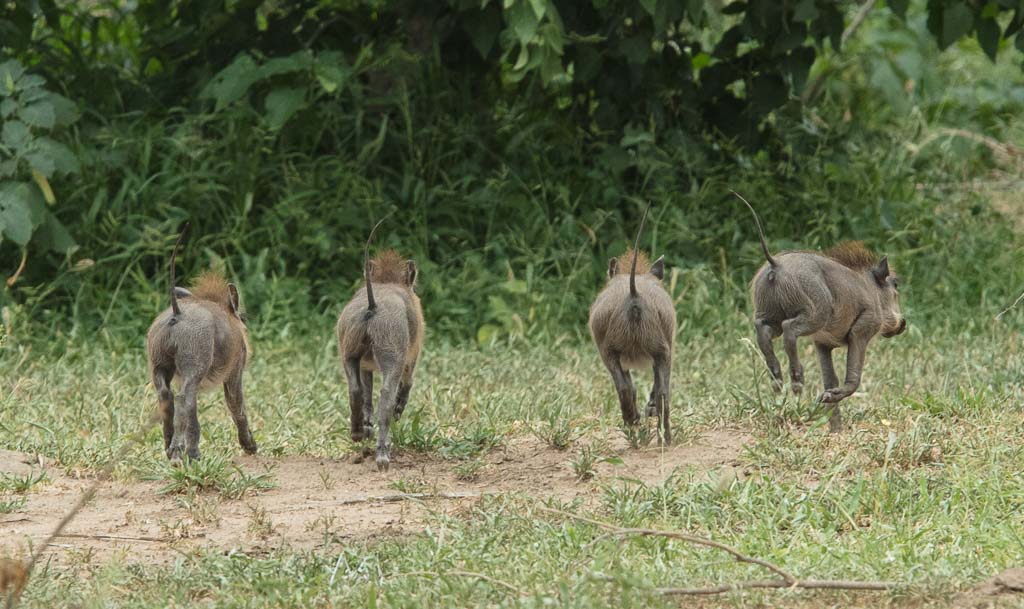 For more info on visiting Mashatu and other wonderful wilderness adventures, contact Patrick or Marie-Louise on info@avianleisure.com or browse our website www.avianleisure.com

Gallery of some of the birds we saw at Mashatu: