“Beware the Jabberwock, my son!

The jaws that bite, the claws that catch!

Indeed, somewhat of a ‘stork’ by another name with a delightful touch of cetacean and royalty in the scientific descriptive – Balaeniceps rex ! 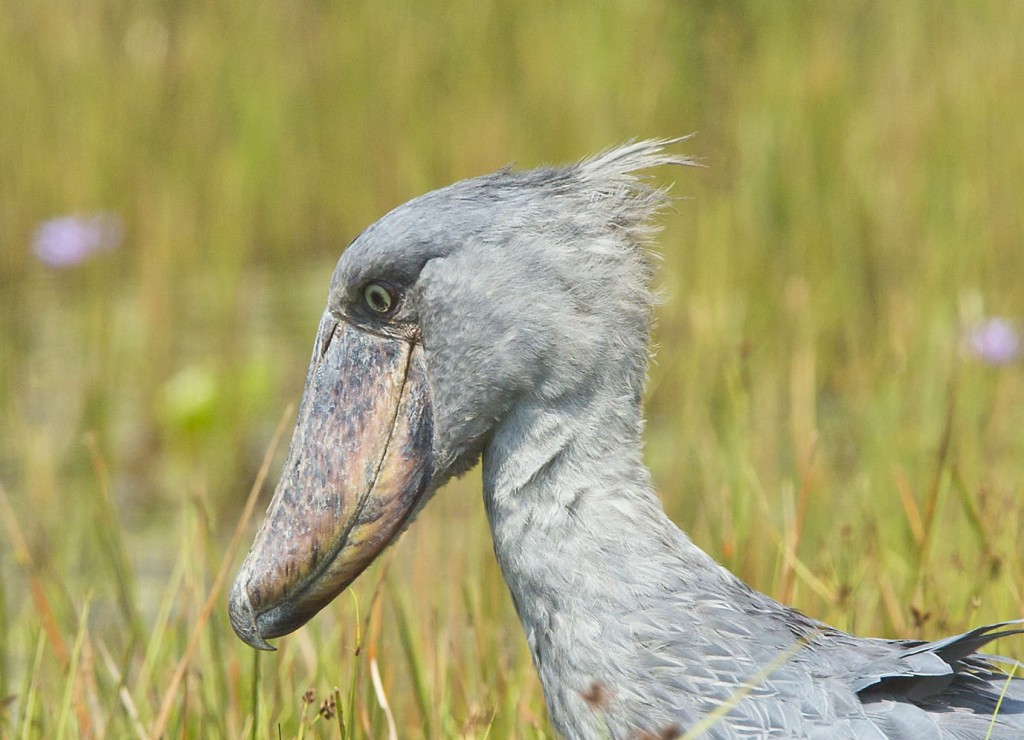 This avian oddity, first described in the early ornithological records as a Whale-headed Stork, represents a physiological mix of heron and stork, with the net effect it has ended up in in its own mono-specific family. It has no relative anywhere in the world either alive today or in the fossil record.

As such it’s a throw-back to a long lost world as a totally unique and almost prehistoric slate-grey apparition standing motionless and silent in a seemingly catatonic state staring intently into the papyrus and flooded reeds around it as its preferred hunting habitat.

On closer examination the huge, bulbous bill ending with a conspicuous and sharp hook for securing prey, with lung fish (Protopterus spp.) the preferred choice, is unquestionably the most distinctive clog-like feature that has given rise to the species common name. 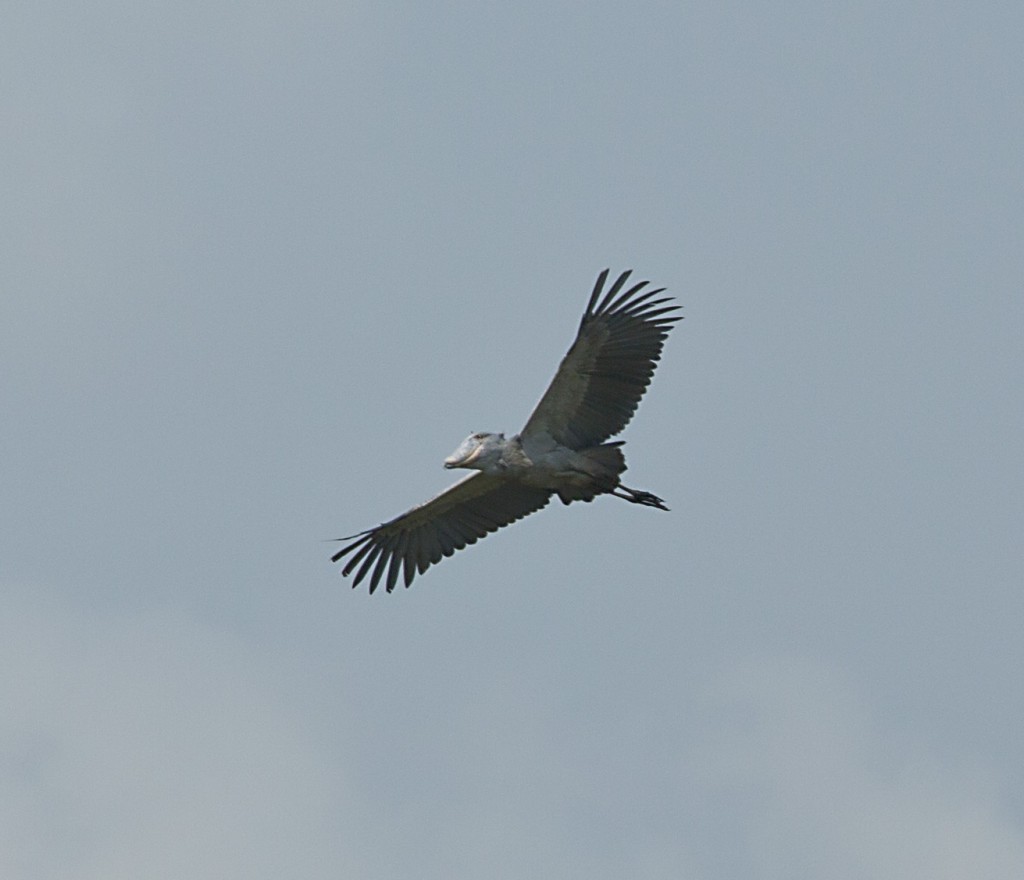 Add to this its imposing stature of 1.2m, supported of swamp composition necessity by noticeably long jacana-like toes, following upwards along its length to beyond its colossal bill to a head, inset with large lemon- yellow eyes and ending in a small, shaggy nuchal crest, and you have some idea as to why this avian oddity is one of the most evocative species in the world…

Strictly tied to papyrus (Cyperus papyrus) and Phragmites associated swamps in Central Africa extending from Zambia to its stronghold in the vast Sudd of Southern Sudan this long-lived species, like so many other large waterbirds, is under increasing  pressure from loss of habitat and associated human related activities. 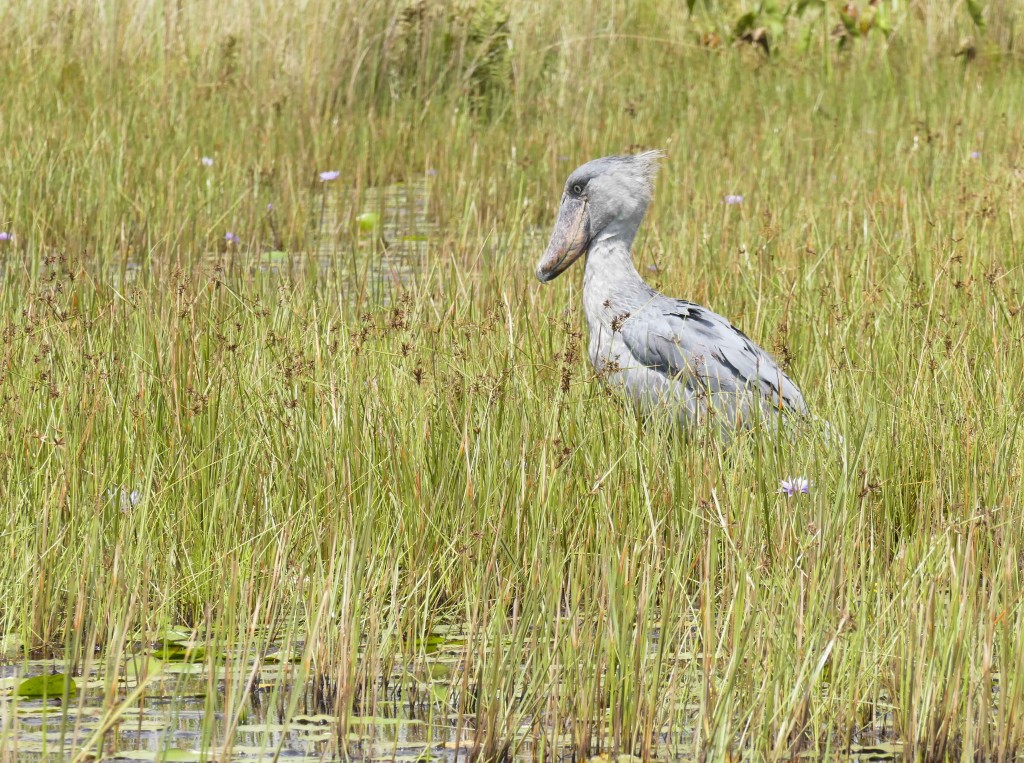 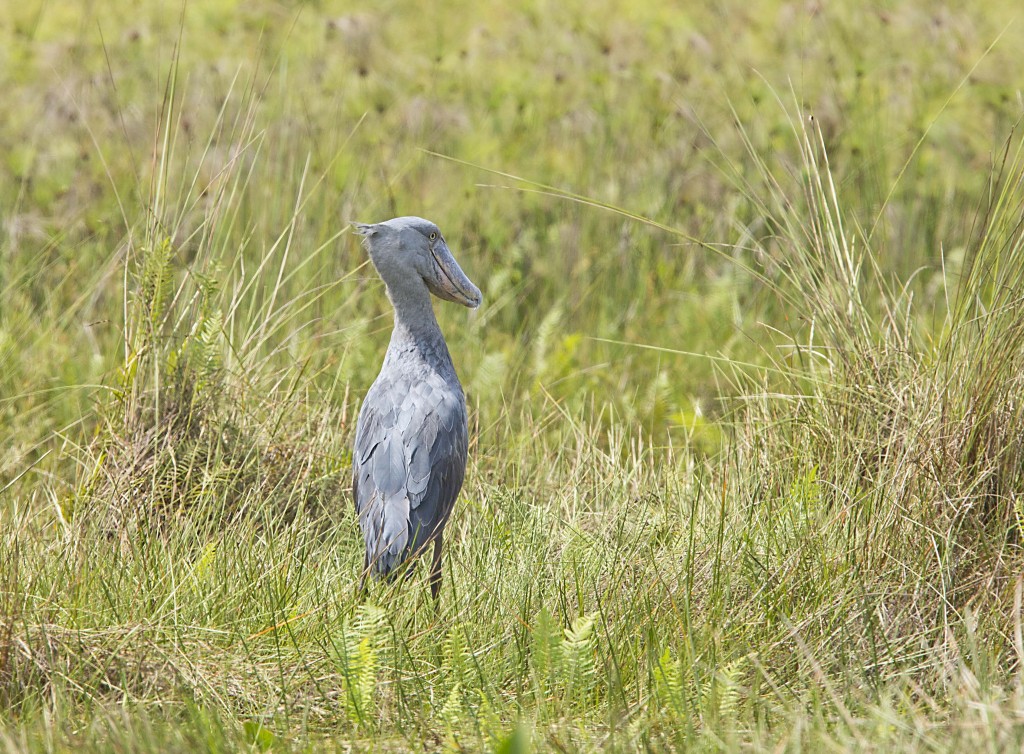